After he ascended the throne of Crete, Minos competed with his brothers to rule. Minos prayed to Poseidon to send him a snow-white bull, as a sign of support. He was to kill the bull to show honor to Poseidon but decided to keep it instead because of its beauty. He thought Poseidon would not care if he kept the white bull and sacrificed one of his own. To punish Minos, Aphrodite made Pasiphaë, Minos' wife, fall deeply in love with the bull from the sea, the Cretan Bull. Pasiphaë had the archetypal craftsman Daedalus make a hollow wooden cow, and climbed inside it in order to copulate with the white bull. The offspring of their coupling was the monstrous Minotaur. Pasiphaë nursed him in his infancy, but he grew and became ferocious; being the unnatural offspring of man and beast, he had no natural source of nourishment and thus devoured man for sustenance. Minos, after getting advice from the oracle at Delphi, had Daedalus construct a gigantic labyrinth to hold the Minotaur. Its location was near Minos' palace in Knossos. Nowhere has the essence of the myth been expressed more succinctly than in the Heroides attributed to Ovid, where Pasiphaë's daughter complains of the curse of her unrequited love: "the bull's form disguised the god, Pasiphaë, my mother, a victim of the deluded bull, brought forth in travail her reproach and burden." Literalist and prurient readings that emphasize the machinery of actual copulation may, perhaps intentionally, obscure the mystic marriage of the god in bull form, a Minoan mythos alien to the Greeks. The Minotaur is commonly represented in Classical art with the body of a man and the head and tail of a bull. One of the figurations assumed by the river god Achelous in wooing Deianira is as a man with the head of a bull, according to Sophocles' Trachiniai. From Classical times through the Renaissance, the Minotaur appears at the center of many depictions of the Labyrinth. Ovid's Latin account of the Minotaur, which did not elaborate on which half was bull and which half man, was the most widely available during the Middle Ages, and several later versions show the reverse of the Classical configuration, a man's head and torso on a bull's body, reminiscent of a centaur. 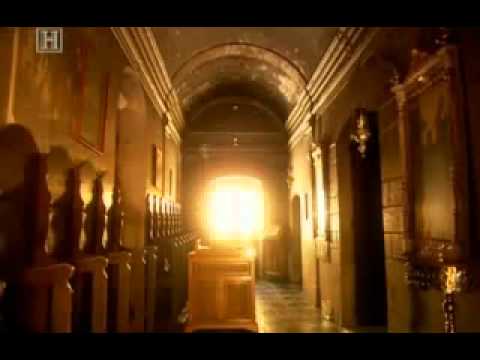 After he ascended the throne of Crete, Minos competed with his brothers to rule. Minos prayed to Poseidon to send him a snow-white bull, as a sign of ...