The Mongol Invasion of Ancient Rus

The Mongols always sent ambassadors to offer the opponents no physical harm if they would surrender and become vassals before each military campaign. Most of the princes of Russian decided to fight.

The campaign, which was part of the larger plan of the Mongol invasion of Europe, started with the Battle of Kalka River (1223) which resulted in a Mongol victory over forces of several Russian principalities. Nevertheless, the Mongols retreated. Batu Khan's full-scale invasion of Russian principalities' occurred from 1237 to 1240. Most Russian city states became vassals and paid taxes to the Empire of the Golden Horde until 1480. The Mongols had to approve all new princely successions, the Khan of the Golden Horde would issue patents of office and title to the local dukes after they came to him and swore fealty and paid a large fee.

There were some benefits for Russia for the taxes they paid to the Mongols. When they were threatened by other countries the Mongols would send troops to help repel the invaders. The Mongols also got rid of the the bandits on the trade routes making long distance commerce much safer to conduct, Novgorod grew very rich on their trade with India and China and the mineral riches of the Ural Mountains.. The Mongols did not tax the church or it's property.

The invasion, facilitated the breakup of the great trading empire of Kiev and Russia of the water road. The invasion had incalculable ramifications for the history of Eastern Europe, including the division of the East Slavic people into three separate nations (modern-day Russia, Ukraine, and Belarus) and the rise of the Grand Duchy of Moscow,  in 1480 Moscow finally defeated the Golden Horde with guns and cannons. The Grand Duchy of Moscow tripled in size to 500,000 square miles under Ivan III (the Great 1440 - 1505. Grand Duke of Moscow and Grand Prince of all Russia) and was already a small empire when they defeated the Golden Horde and it eventually became the largest land empire in the World, the Russian Empire.

The Mongol Invasion of Ancient Rus 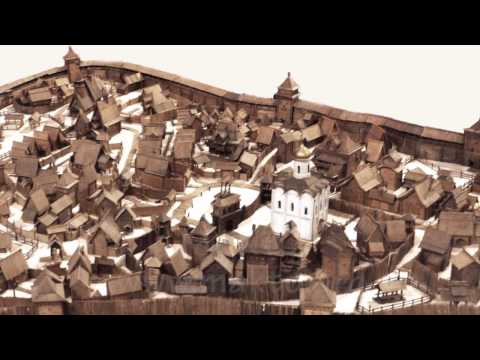