Audio in Russian, English subtitles, click on settings on bottom bar to turn on subtitles.

1944. Soviet troops continue their offensive along the front line while German subversives acting in the Soviet rear, steal documents from a car belonging to a representative of the General Staff of the Red Army.

During his retreat, German Colonel Neuber is taken prisoner while trying to cross the frontline but not before he has hidden the stolen documents in the woods making sure that he is the only one who knows their whereabouts.
The Germans brief another team whose mission is to get Colonel Neuber released and find the missing documents. They successfully penetrate the Soviet rear, but officers from the Soviet counter-intelligence are waiting for them...

Watch movies and TV series for free in high quality.
Explore a great collection of documentaries.

With these free online Russian language movies you will learn Russian easily.
Subscribe for high quality movies and series on our channel.
Enjoy Watching! 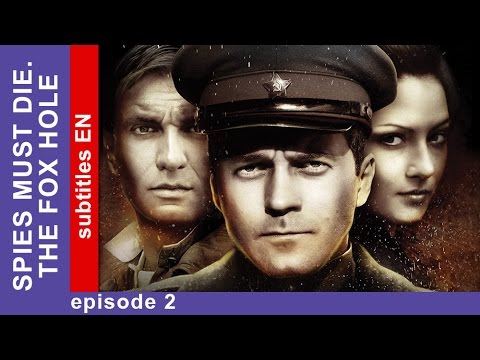 Audio in Russian, English subtitles, click on settings on bottom bar to turn on subtitles. 1944. Soviet troops continue their offensive along the fron...