This film is the first part of a Soviet biography of Peter the Great, the Tsar who began the process of modernization and westernization, thus making Russia the first developing country.
Born: May 30, 1672, Moscow, died: January 28, 1725, St. Petersburg.

Peter was a grandson of Tsar Michael Romanov who was elected as the first Romanov Tsar in 1613. In 1682 Peter was proclaimed Tsar at the tender age of 10. Due to power struggles between different political forces in the country, the young Tsar was forced to rule jointly with his brother Ivan, under the patronage of their sister Sofia.

In 1689, after a failed coup d'etat, Sofia was overthrown and exiled to a convent. When Tsar Ivan died in 1696, Peter remained monarch and engineered a series of reforms that were to put Russia among the major European powers of the day.

Peter opened Russia to the influences of the West and invited the best European engineers, shipbuilders, architects, craftsmen and merchants to come to Russia and modernize the country. Hundreds of Russians were sent to Europe to get the best education possible and learn the different arts and crafts that would sustain Russia in its future growth.

One of Peter's main goals was to regain access to the Baltic Sea and Baltic trade. In 1700 he started the Northern War with Sweden, which lasted for 21 years, and resulted in a victorious Russia taking the vast lands on the Baltic coast as its spoils of war. During the course of the war St. Petersburg was founded 1703 on the delta of the Neva River and the city rapidly grew to become a major seaport, as Russia gained greater and greater access to European trade routes.

In 1712 Peter the Great moved the Russian capital to St. Petersburg and continued to channel all the country’s energy and resources into the construction of his European "paradise". When the Northern War ended in 1721.

Russia was declared an Empire and Peter the Great proclaimed himself its Emperor. Meanwhile, Peter continued his political and economic reforms. He reorganized the government: established the Senat as the highest government institution and 10 semi-ministries " kollegii". Peter introduced a new poll tax, which brought him funding for an active foreign policy and for boosting national manufacturing and trade. The "Tsar-reformer" was the first leader to organize a Russian regular army and found the Russian deep water navy He was also an experienced shipbuilder, a trade he learned when he was in Holland. Peter the Great is buried in the Peter and Paul Cathedral in St. Petersburg.

Peter's personality has been the cause of much debate and discussion in the 300 years since his death. He was a big strong man (6' 8'' inches) who, unlike previous Russian monarchs, was not afraid of physical labor. He was an experienced army officer and navy admiral, a skilful shipbuilder and an amazingly energetic personality. It has to be said that Peter was also very cruel. Several coup attempts against him ended with mass executions. He personally interrogated his own son Alexei, whom he suspected of plotting against him, and installed him as the first inmate of a high security political jail in the Peter and Paul fortress. Nevertheless, the scale of Peter's personality and massive reforms have inspired generations of historians, writers and ordinary Russian people.

There are many monuments to Peter the Great in St. Petersburg. Among the most prominent are the"Bronze Horseman" and another equestrian monument in front of the Mikhailovsky Castle. 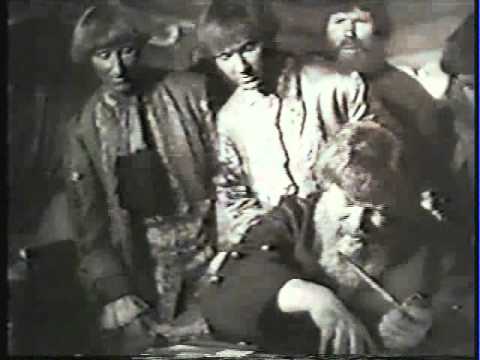 This film is the first part of a Soviet biography of Peter the Great, the Tsar who began the process of modernization and westernization, thus making ...