Vladimir III, Dracul, Prince of Wallachia 1431–1476.
Vlad had three aims for Wallachia: to strengthen the country's economy, its defense and his own political power. He took measures to help the peasants' well-being by building new villages and raising agricultural output. He understood the importance of trade for the development of Wallachia. He helped the Wallachian merchants by limiting foreign merchant trade to three market towns: Târg?or, Câmpulung and Târgovi?te.

Vlad was highly educated and is believed to have learned combat skills, geography, mathematics, science, languages Old Church Slavonic, German, Latin, and the classical arts and philosophy. One of the descendants of Vlad is Elizabeth II, Queen of England.

Vlad III is remembered for spending much of his rule fighting against the Ottoman Empire and its expansion into Eastern Europe and for the impaling of his chief enemies the Turks. Already during his lifetime, his reputation of excessive cruelty, spread abroad to Germany and elsewhere in Europe.

It has also been said that in 1462 Mehmed II, the conqueror of Constantinople, returned to Constantinople without engaging in any battles after being sickened by the sight of 20,000 impaled Turkish prisoners outside Vlad's capital of Târgovi?te

Braham Stoker best known today for his 1897 Gothic novel Count Dracula used Vlad's name and reputation as the original basis of his novel.

The Russian version of the stories about Vlad the Impaler called "The Tale of the Warlord Dracula" is thought to have been written sometime between 1481 and 1486 right after Vlad's death. 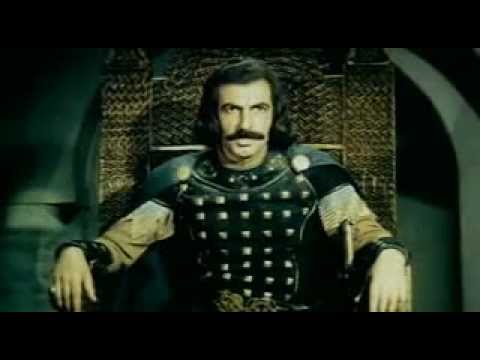