By 870 the Danes had overthrown the kingdoms of East Anglia, Northumbria, and Mercia, and were preparing to do the same to Wessex. Standing in their way was a young king of Wessex, Alfred by name. At first the fight went badly for Alfred; some of his allies found it more expedient to cooperate with the Danes, and in 877 he was pushed back to a small corner of the marshes around Athelney, in Somerset.The tale of the griddle-cakes. It is this time, at the low ebb of Anglo-Saxon resistance to the Danes, that is commemorated in the folk tale of Alfred and the griddle cakes. The story goes that Alfred was so low in his fortunes that he was forced to travel anonymously and seek lodging in a peasant woman's hut. Told to mind the cakes cooking on the fire, Alfred let his thoughts wander to his troubles. The cakes burned, and the peasant woman gave her king a good scolding for his carelessness. True or not, the story illustrates the depth to which the young Alfred had sunk in his battle with the Danish invaders. From that point on, however, things began to look up.Alfred's triumph. Alfred came out of the Athelney marshes and surprised the Danes under Guthrum at Edington, in Wiltshire. After a thorough victory for Alfred, Guthrum was chased back to his base at Chippenham, where he was besieged for two weeks. Eventually Guthrum surrendered, and agreed to retreat from Wessex, and also to accept baptism as a Christian. This baptism was solemnized at Wedmore, in Somerset, some weeks later, giving us what is known as the Peace of Wedmore. The Danes retreated to East Anglia, and Alfred got on with consolidating his gains. Alfred's Towns. Alfred was an innovator and a thinker, as well as a successful warrior. He began a policy encouraging the formation of fortified towns, or burhs, throughout his lands, such that no place in Wessex was more than 20 miles from a town. In exchange for free plots of land within the towns, settlers provided a defense force. The burhs were also encouraged to become centres of commerce and local government. The Danelaw. Alfred built a new and improved navy to better meet the sea-faring Danes on their own terms. He wrested London from Danish control and reached the agreement by which England was divided into two zones; the south and west, where Saxon law would apply, and the north and east, where Danish law ruled. This second territory became known as the Danelaw.Alfred's Legacy. Alfred also did his bit on the cultural front. He established schools and encouraged the dissemination of knowledge. He is said to have personally translated several books from Latin into the Anglo-Saxon tongue. An untraceable myth has it that he established the first university at Oxford. From the depths of despair in 877, Alfred brought Anglo-Saxon England into a golden age of social stability and artistic accomplishment. He was one of the first kings who seems to have looked beyond his own personal glory to a vision of the future well-being of the nation he ruled. He has every right to be remembered as Alfred "The Great". 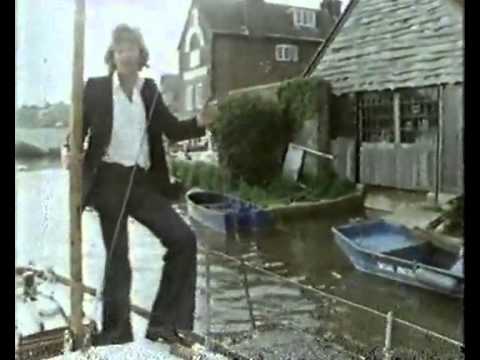 Alfred the Great By 870 the Danes had overthrown the kingdoms of East Anglia, Northumbria, and Mercia, and were preparing to do the same to Wessex. St...